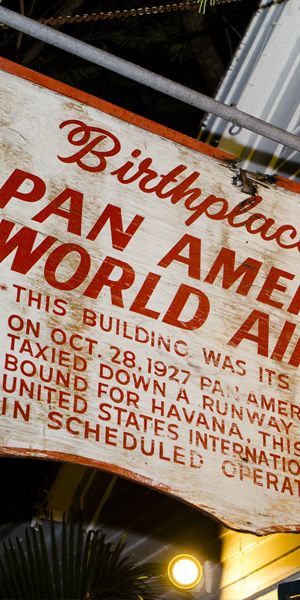 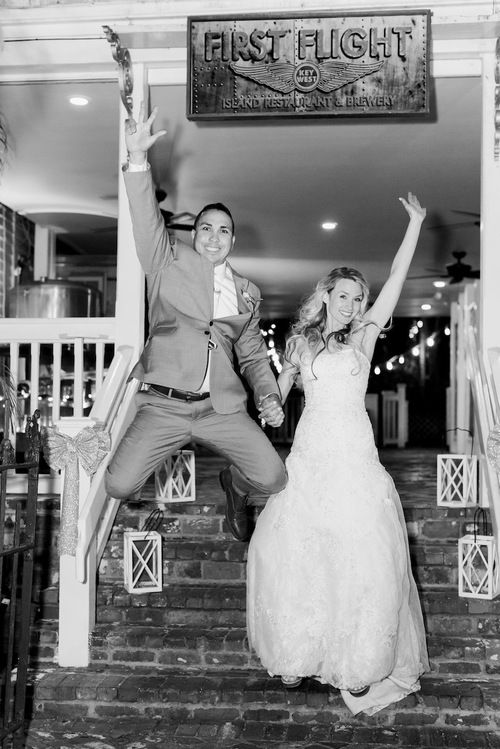 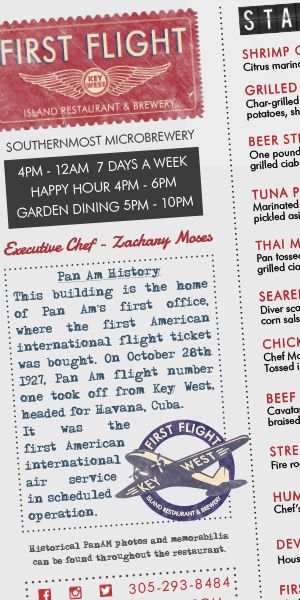 Located at 301 Whitehead St., on the corner of Whitehead and Caroline, stands one of Key West’s most impressive and historic buildings – First Flight. Well known for being the birthplace of Pan American World Airways, Pan-Am’s first tickets were sold out of this very building in 1927. Pan Am was the principal and largest international air carriers in the United States from 1927 until its collapse on December 4, 1991.

Founded in 1927 as a scheduled air mail and  passenger service operating between Key West, Florida and Havana, Cuba, the airline became a major company credited with many innovations that shaped the international airline industry, including the widespread use of jet aircraft, jumbo jets and computerized reservation systems.

First Flight's main level includes soaring trees that arch and create a living canopy in the main garden by day and sparkle with lights at night. Off the main red-bricked garden and behind French doors lies the Southernmost Brewery in the USA. The famous Crash Bar, so named for the Sikorsky sea plane plunging through the ceiling, provides a unique drinking surface – an aluminum wing – and is located off the main garden. The second floor Tree-Top Deck is nestled in the tree-tops, it provides a view of the lower Main Garden dining area and of Whitehead Street. Both areas are great for celebrations of all kinds – your wedding party or travel group are welcome! 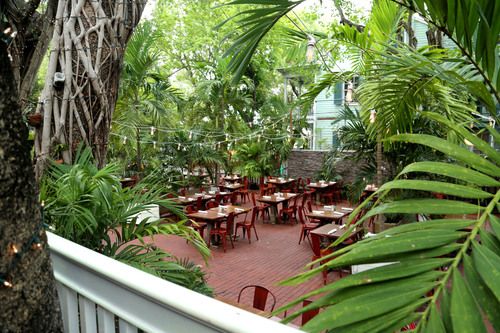